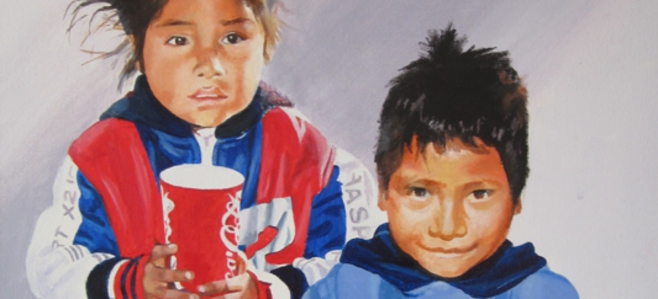 The paintings below are still available to purchase, please contant us for more details...... 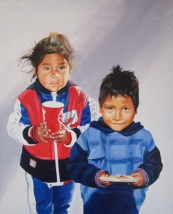 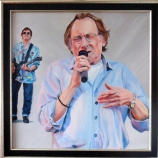 This 20 x 20 inches portrait is of the charismatic singer & musician, the late Art Wood, along with Ray Majors. Art is the brother of the Rolling Stones legend Ronnie Wood. The guitarist in the painting is Ray Majors whom has played in various bands including Mott the Hoople. 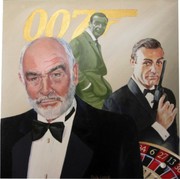 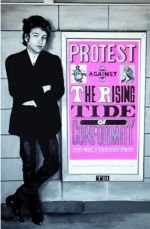 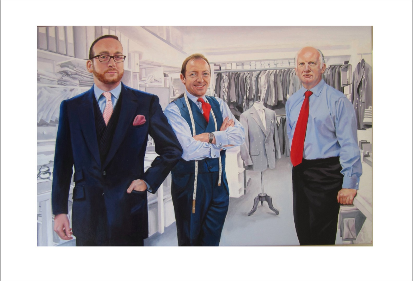 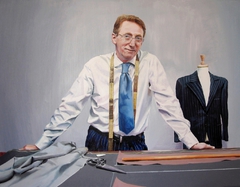 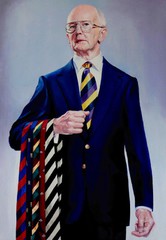 Painting portraits has enabled me to combine two of my other main interests in life, which are rock music and movies.  I have painted a number of older generation music icons past & present. Subjects such as Frank Sinatra, Janis Joplin, Jimi Hendrix, Bob Dylan, Elton John, Status Quo, etc. One band in particular has always given me pleasure to put my brushes to, and this is the Rolling Stones. Not just because I have had the privilege of meeting Ronnie Wood on a couple of occasions, but because the legendary band members all have such defined individual features. As a lover of guitar rifts, Hendrix will always be the quint essential rock god for myself and millions of others.

As for the film world, the ultimate road movie of all time has to be the 1969 classic ‘Easy Rider’ which starred Peter Fonda and Dennis Hopper. I painted the said duo astride their gleaming Harley Davidsons in vibrant colours to capture the mood of the film which featured time-honoured rock music tracks. Plus a colourful panoramic background similar to the Arizona & New Mexico locations used in the film as they travelled via the old Route 66 in their laid-back mode.

The collage-esque canvas I created for my Sean Connery/ James Bond tribute was quite a challenge. I wanted to capture the different ages of the veteran actor Connery, and simultaneously the Bond character himself. The said painting now very aptly hangs in the beautiful home of a well-known TV personality within clear visual distance of the Hollywood Sign - the movie capital of the world.