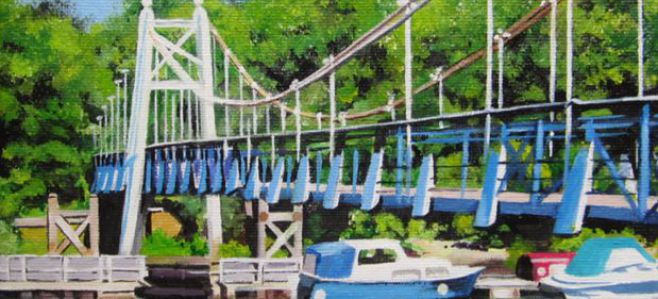 Can now be purchased at DOWSETTS newsagents, 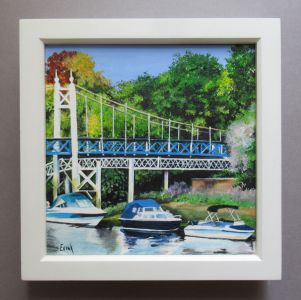 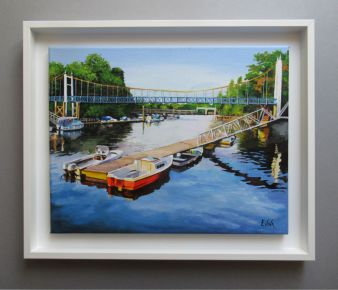 Teddington Lock itself opened in June 1811, although the nearby weir was incomplete. Initially the lock was so disliked by the local bargemen and fishermen, the lock-keeper was armed with a blunderbuss & bayonet to repel any attempts to damage the lock gates. The lock was later rebuilt in 1857.

The lock area of the River Thames played a memorable part in the heroic WW2 ‘Dunkirk Little Ships’ rescue operation to evacuate hundreds of thousands of British and French troops stranded in France, against the might of the advancing German Army. The said operation involved over 700 small boats over a 10-day period in May 1940. With over 100 boats actually setting sail from the Teddington Lock area itself.

Movie cameras rolled here in the1958 film version ‘Dunkirk’ commemorating the event, which starred John Mills and Richard Attenborough, using the area as a backdrop reconstruction of the WW2 daring rescue manoeuvres. In addition, a number of TV recordings have used the lock as a location in series such as ‘Minder’ and ‘New Tricks’. And it famously featured in the classic ‘Monty Python’ ‘fish slapping’ sketch, which starred John Cleese and Michael Palin, with the latter being hilariously whacked into the lock by a huge fish.

This late 1880's footbridge is actually two separate bridges spanning the River Thames at Teddington. One is a suspension bridge and the adjoining one is a girder bridge, linking Teddington village to Ham on the opposite side. Both bridges are Grade II listed.